Salma is back on top! The image of the lustful Cinderella was set

Salma is back on top! The image of the lustful Cinderella was set

At the premiere of Puss in Boots: The Last Wish, Salma Hayek got into the fairytale spirit by wearing a princess-inspired ballgown from Alexander McQueen. 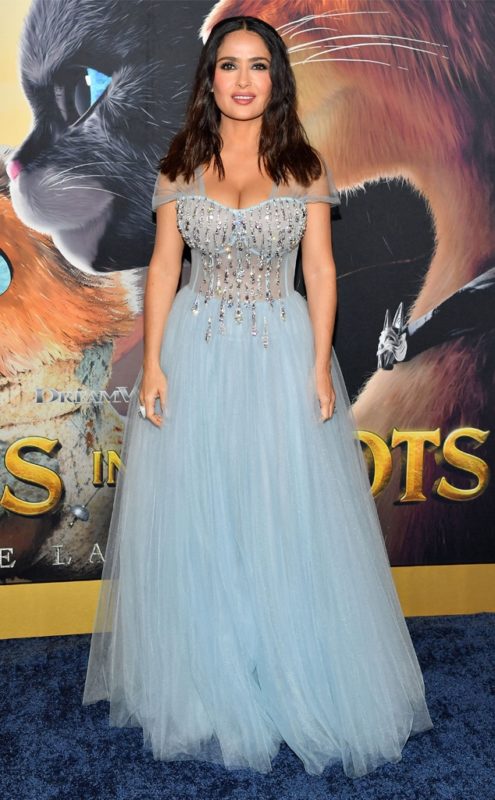 Salma Hayek had her very own modern Cinderella moment at the premiere of Puss in Boots: The Last Wish on Dec. 13 at New York City’s Lincoln Center. The actress floated down the red carpet in a shimmery, icy blue ballgown by Alexander McQueen. The dazzling dress featured a slightly pleated full skirt and a sheer bustier bodice, which was dripping with crystals, beads and sequins and included a matching sheer cap sleeves. (No word if she had glass slippers on underneath). 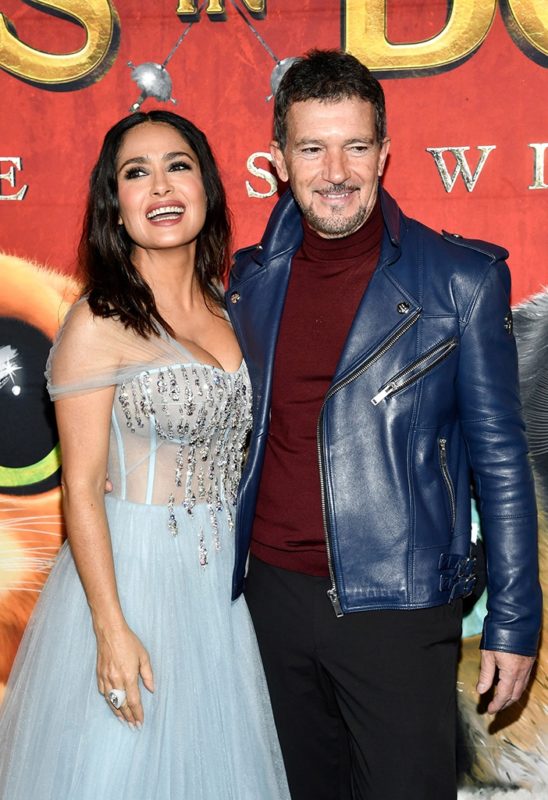 To complete the princess look, Salma added a sparkly pale blue statement ring. For her glam, the Frida star wore her dark tresses down, wavy and parted down the center and worked a smokey eye and deep pink lip.

In the new animated film, in theaters Dec. 21, Salma voices the character Kitty Softpaws, a street-savvy Tuxedo cat who is Puss’ female counterpart and love interest, opposite Antonio Banderas. 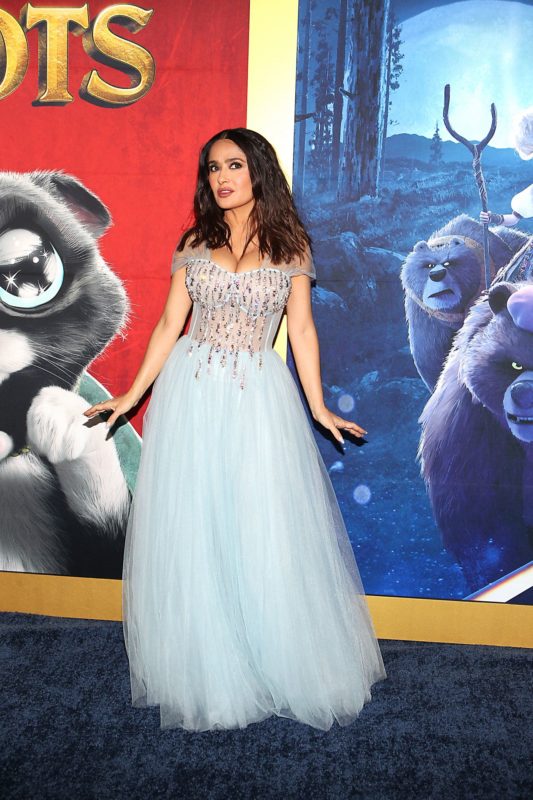 Antonio joined his co-star on the red carpet at the premiere, wearing a maroon-colored turtleneck sweater, layered under an edgy dark blue moto jacket and styled with black pants and sneakers.

“She a very dear friend,” the 62-year-old actor gushed on the Dec. 13 episode of E! News of Salma, who he first met on the set of their 1995 film Desperado and have since starred in five movies together. “It’s a real friendship.”

The fairytale fashion evening comes three months after Salma celebrated her 56th birthday. In a video to posted to Instagram on Sep. 2, the actress showcased her ageless figure as she danced around on a boat to Stevie Wonder’s 1981 hit “Happy Birthday” while rockin’ a red hot bikini. 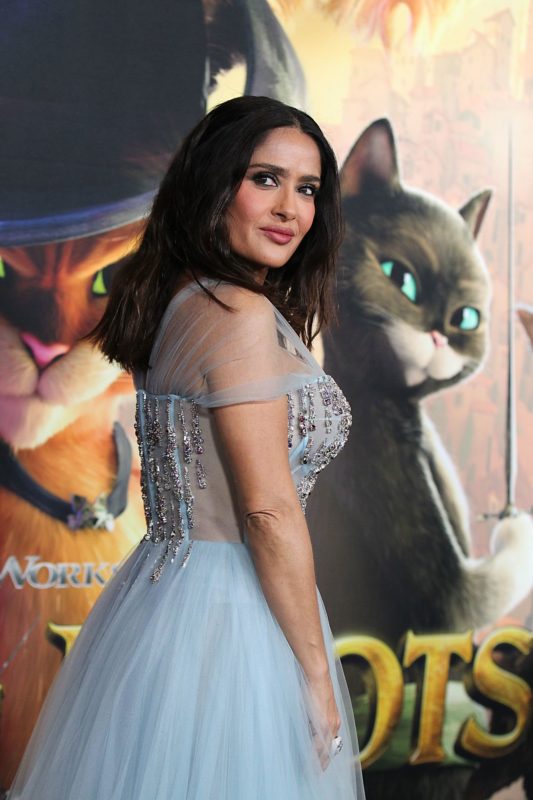 She previously opened up about aging in Hollywood, as she admitted she was surprised she landed the role of Ajak in Marvel’s Eternals.

“I was shocked to get that role in my 50s,” she told AARP in 2021. “I felt a sense of gratitude and excitement, not only for this but for what it meant about the possibilities for the future,” she said. 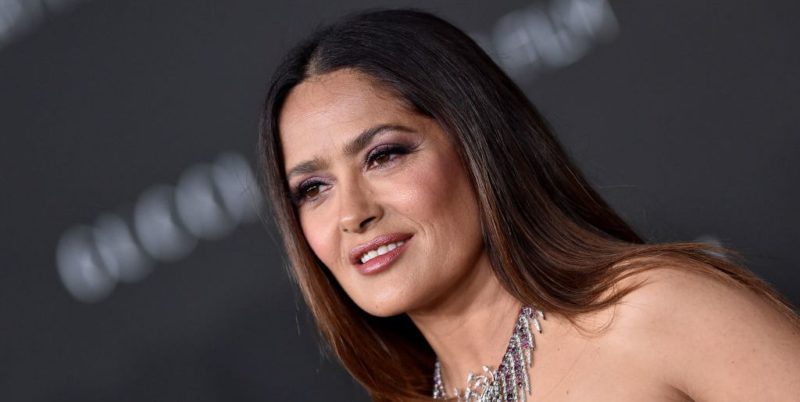 She continued, “Growing old, to me, has to do with repetition. Something gets old when you’ve done it for a long time. If you’re always changing, if you’re always curious, how can you be old? You’re someone new today.”
Salma—who has been married to François-Henri Pinault since 2009 and shares daughter Valentina, 15,—will next be seen in the highly-anticipated film Magic Mike’s Last Dance, playing Channing Tatum’s love interest.

“Look, I’m not going to complain,” she told People about her role. “On an average day, I had to work with 12 strippers. Not one, not two—12. It was still hard work.”